This organisation has partnered with a local law firm to provide free legal advice for two areas of law: Employment Housing   Advice is given every Wednesday evening from 18:30 – 20:30 by appointment only. The clinic is supported by student volunteers from City Law School. A volunteer will phone you on the Monday before […]

Lambeth Larder is a social enterprise. They connect people, especially those in financial crisis, to emergency food and other support by producing free resources. Get in touch if you have information you would like to be listed, or if you want to receive resources. Lambeth Larder works with organisations like Brixton Advice Centre, who we […]

Cardboard Citizens has been making life-changing theatre with and for homeless people for over 25 years. They empower people with lived experiences of homelessness and strive to change society’s perceptions of homeless people. Through theatre, they support participants to develop confidence, skills, qualifications and employment. Their aim is to tell stories that need to be […]

East European Advice Centre runs a number of projects that are focused on helping disadvantaged Eastern European migrants in London to improve their quality of life and integration into British society. Their concern is with people who are socially excluded, live in poverty or destitution that may lead to homelessness, and whose skills are underutilized […]

Thames Reach’s London Street Rescue service operates every night of the year across 14 London boroughs (but not Lambeth or Southwark) and helps both those rough sleepers who are new to the streets and those that that have been sleeping out long-term.  Outreach workers pair up with a volunteer and together they provide practical assistance […]

A nurse-led specialist community health inclusion team, part of the NHS, to support vulnerable people who have difficulty accessing primary care services (eg GPs  and nurses), such as homeless people, refugees, asylum seekers and people with addictions. The clinics are run at day centres, drug and alcohol services and hostels in Lambeth, Southwark and Lewisham.  They […]

ODAAT stands for One Day At A Time. It is a drug and alcohol recovery programme that is structured as a three-stage quasi-residential programme with professional therapeutic input.  As one of the longest running services of its kind, ODAAT in the UK operates a three-stage programme which comprises one to one and group counselling, 12-step therapy […]

Emmaus provides a home and meaningful work to 27 formerly homeless people. By living in their community in West Norwood, South London, and working in one of their eight shops, people have the chance to gain some stability and support and take the opportunity to find a positive way to move on with their life. […]

Church Homeless Trust supports 14 London hostels that take care of approximately 450 homeless people at any given time. They meet the needs not covered by statutory grants such as residents’ welfare, therapeutic activities, training facilities and resettlement support. A StreetSmart grant will be used to fund welfare and resettlement costs for the 35 homeless […]

The Robes Project operates a cold weather night shelter from November to April in seven different South London churches. Each church takes it in turn to offer hospitality and shelter to a group of homeless people for one night a week. The project is run by two staff and over 200 volunteers. Each guest is […] 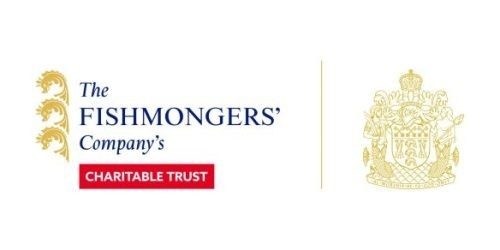